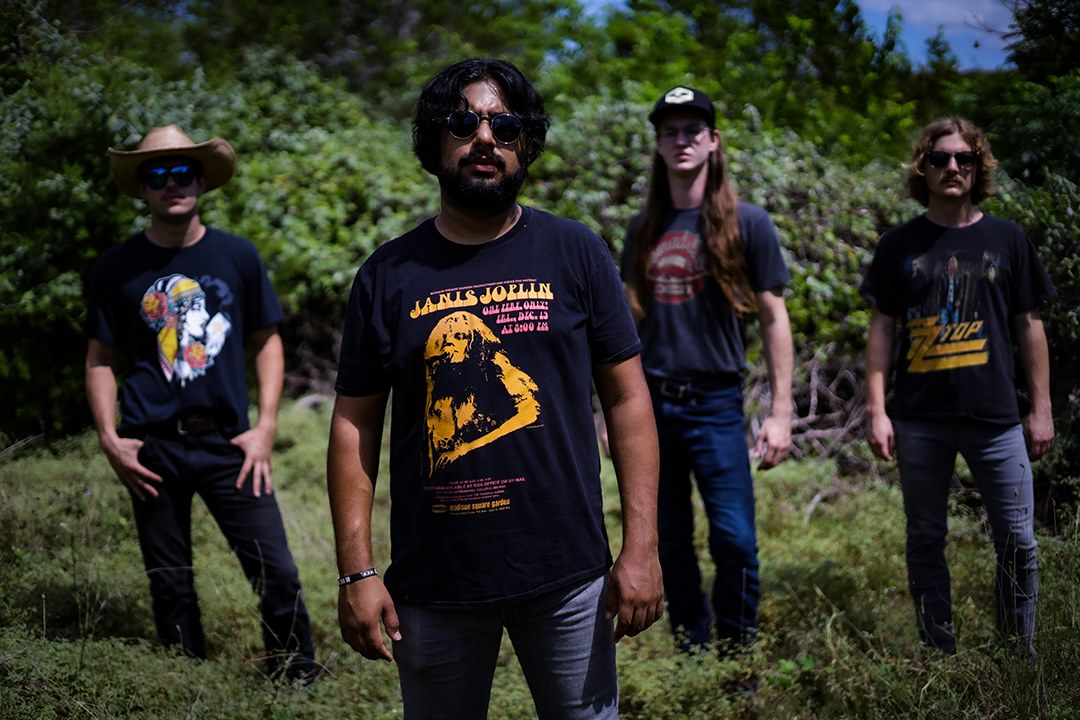 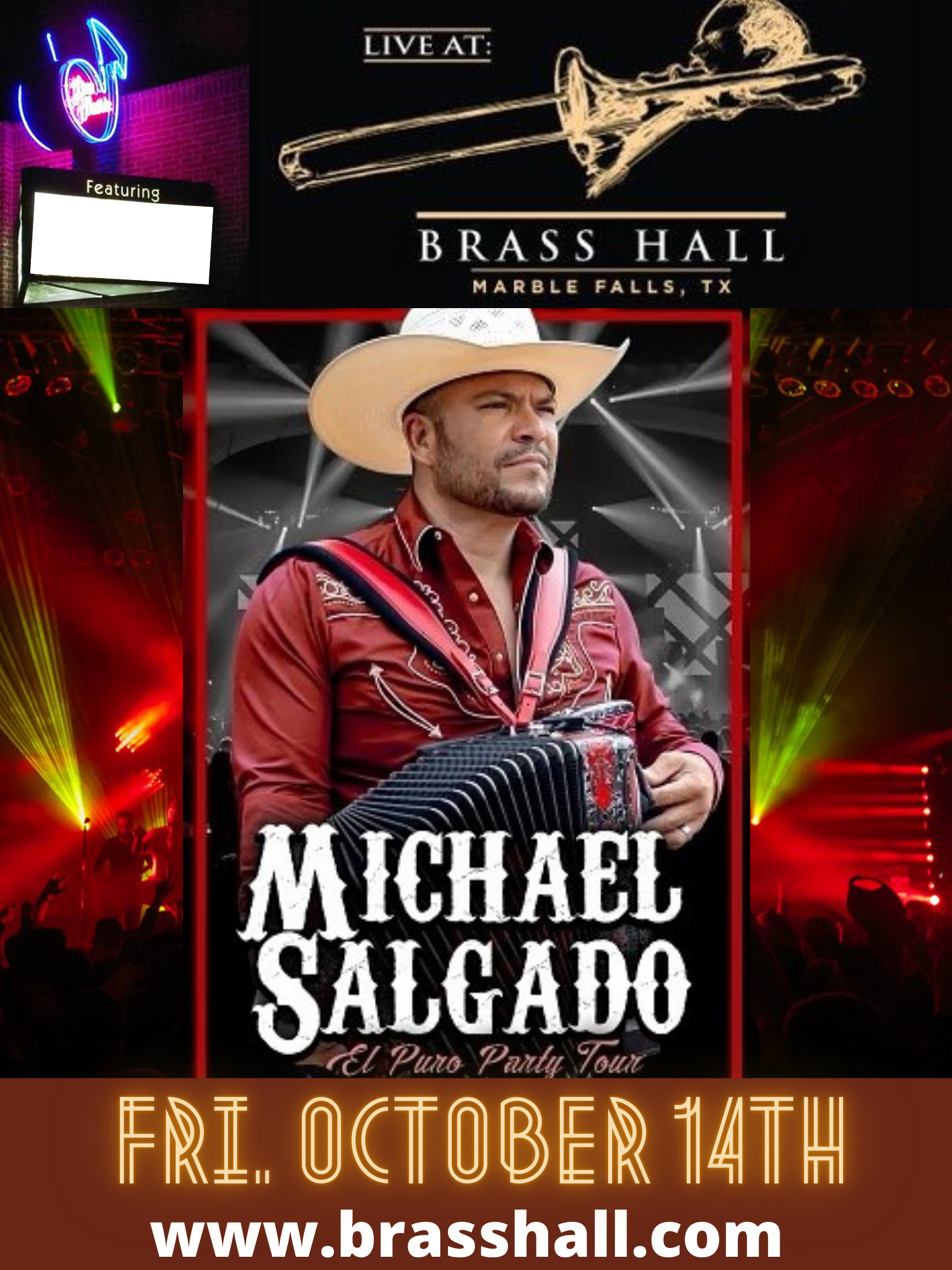 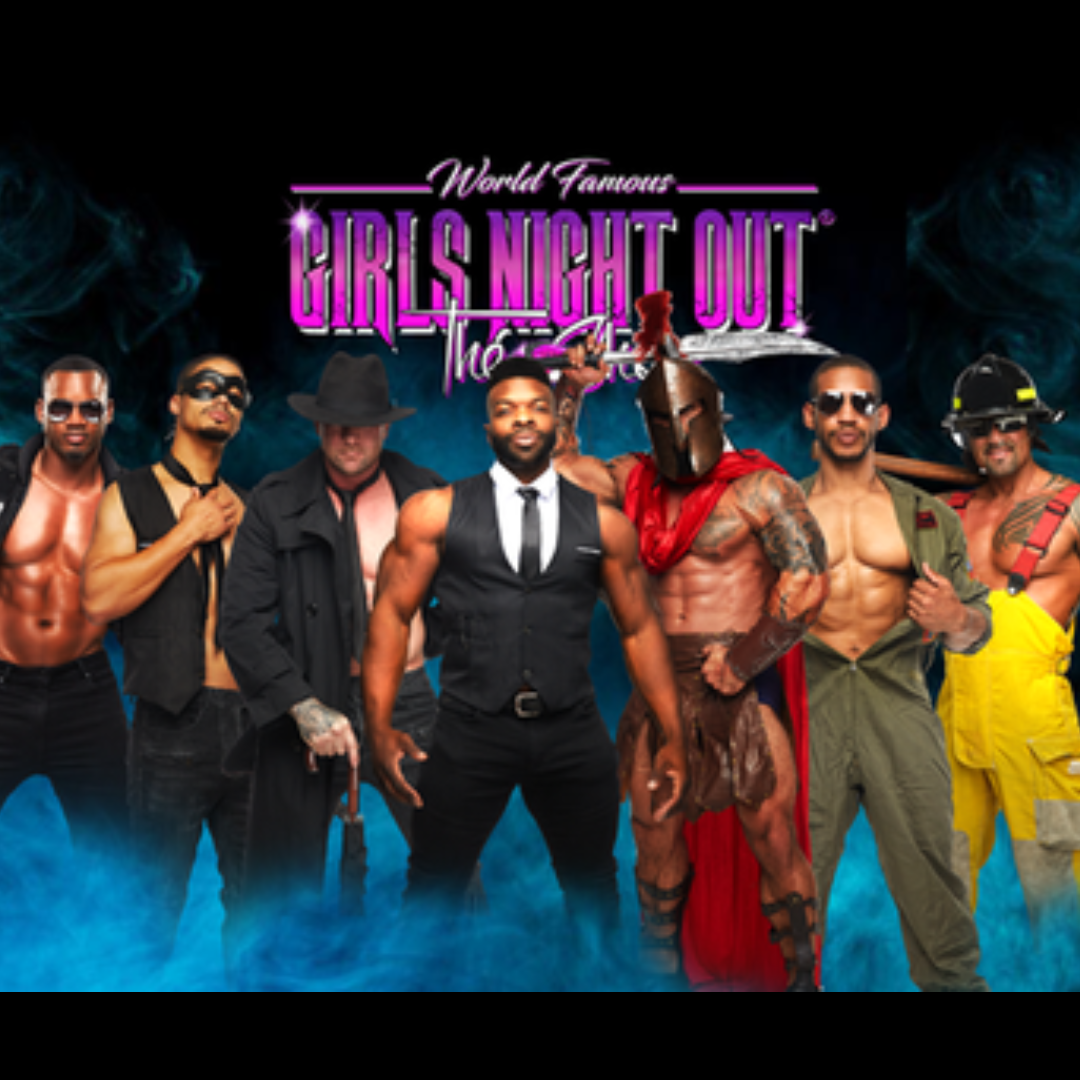 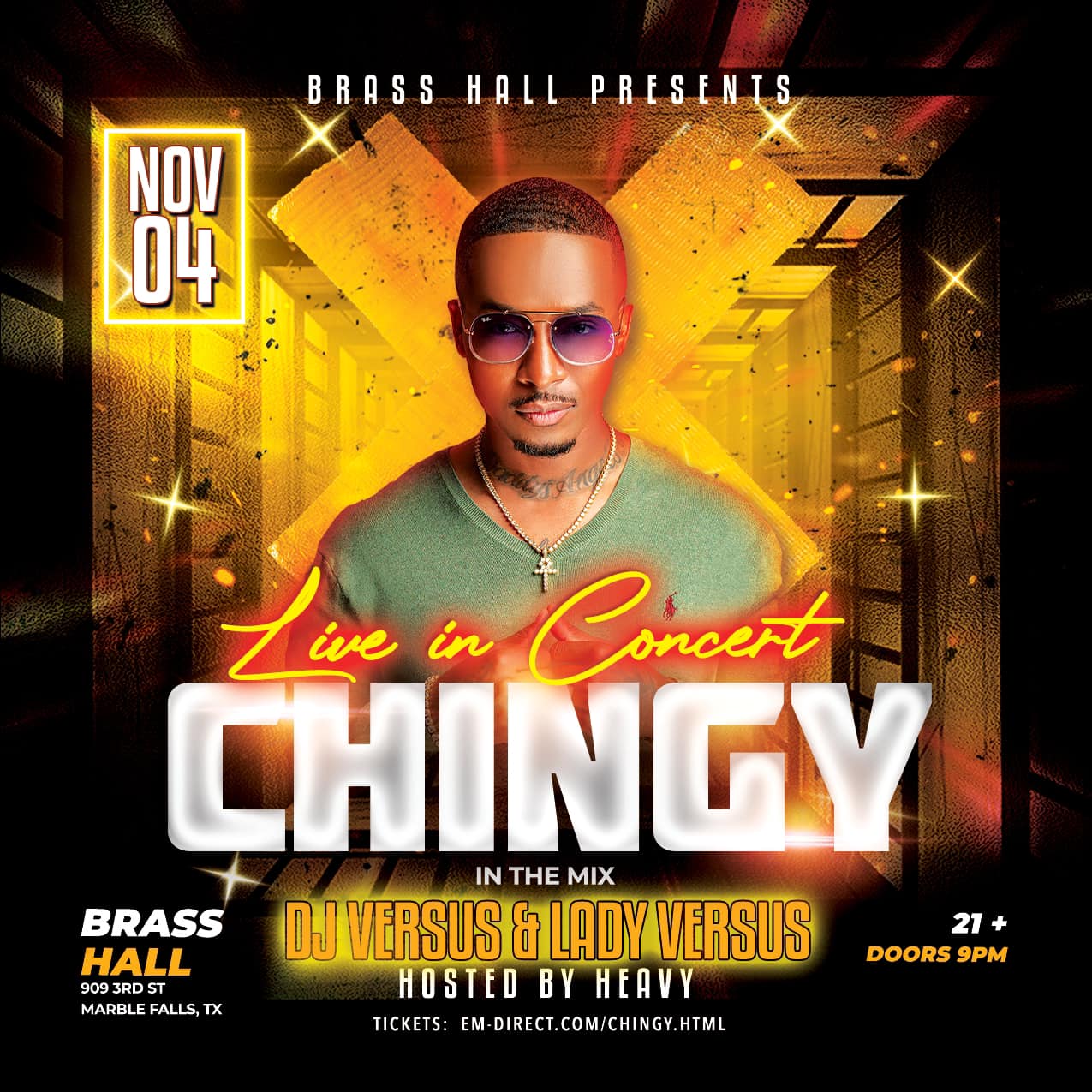 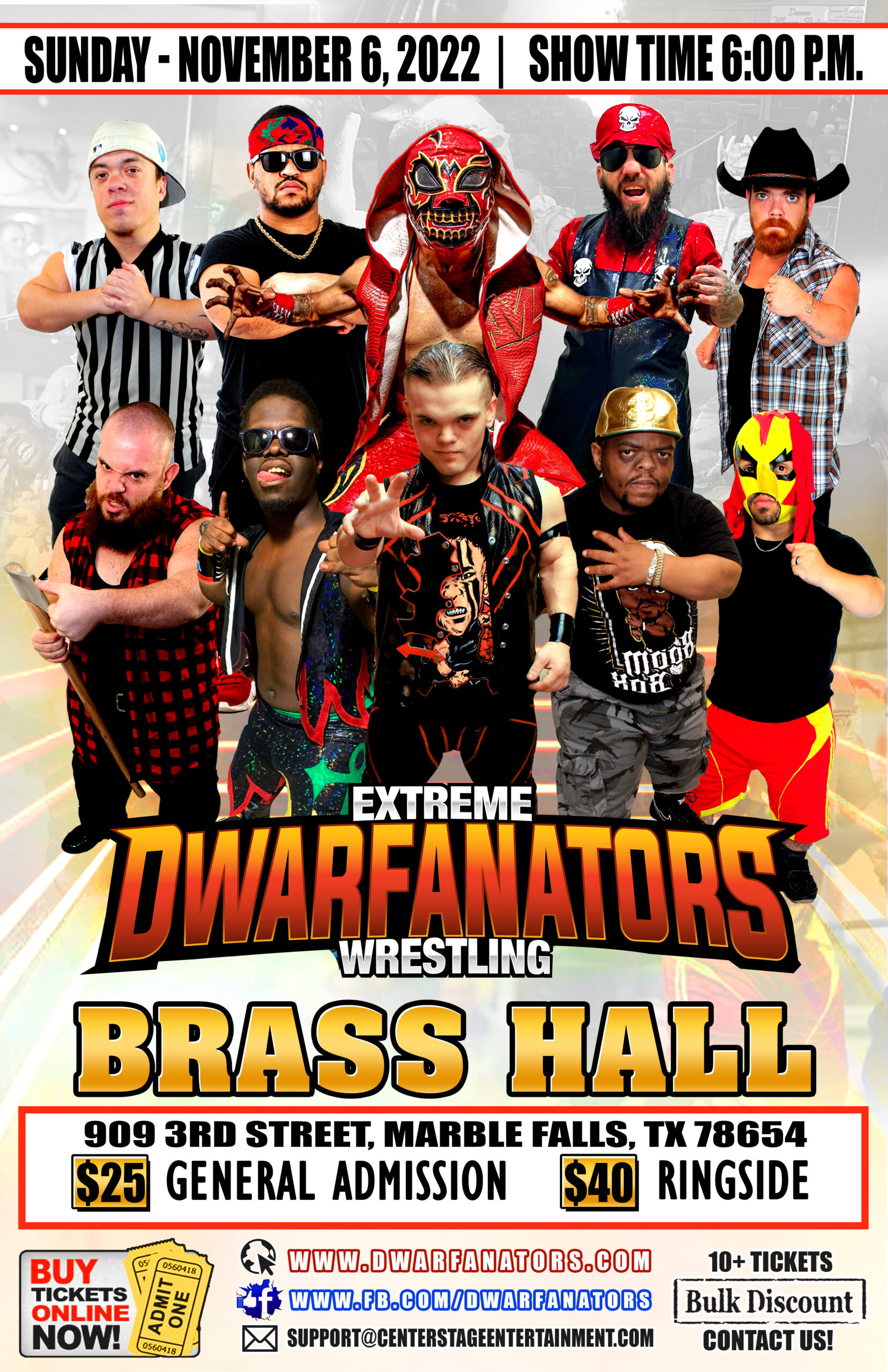 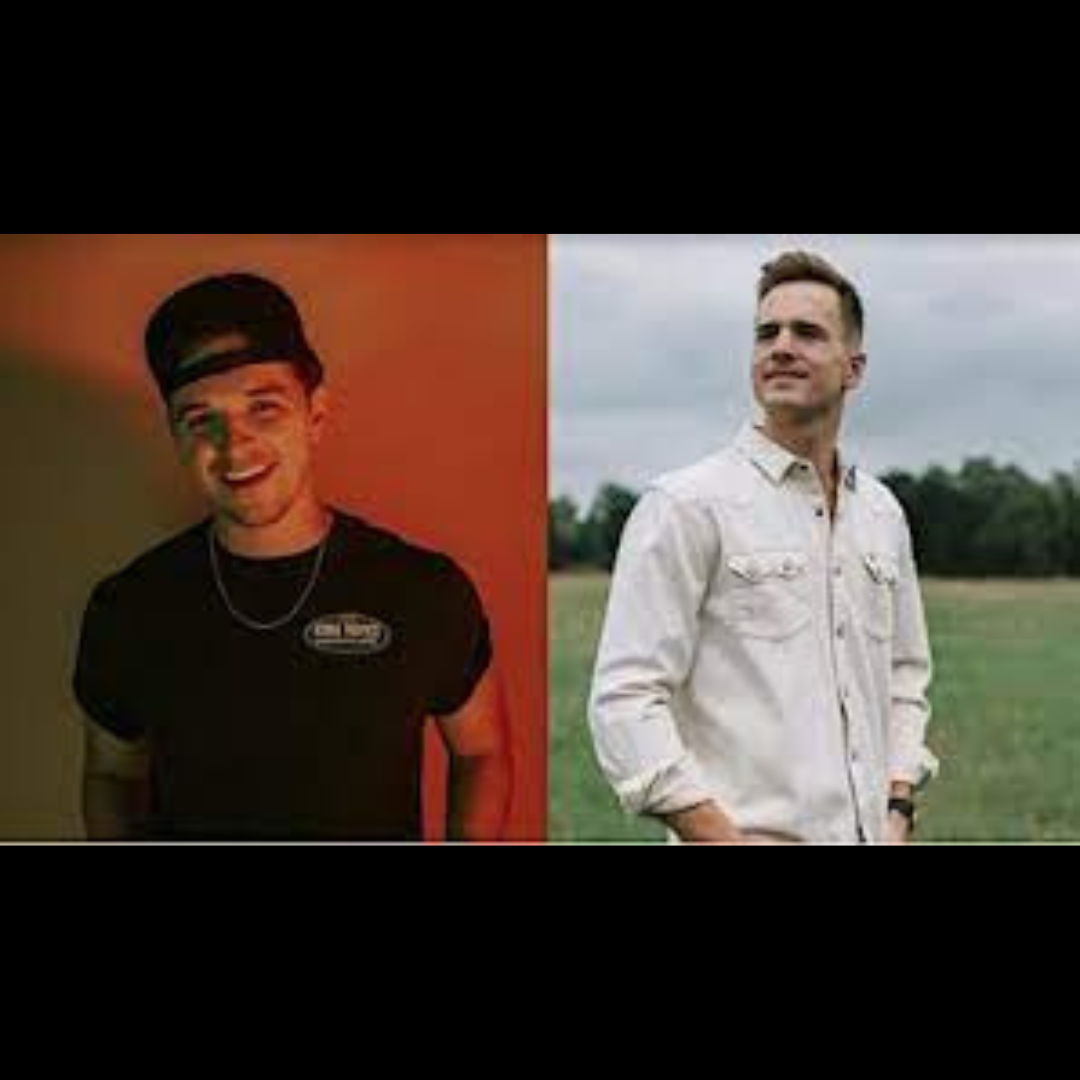 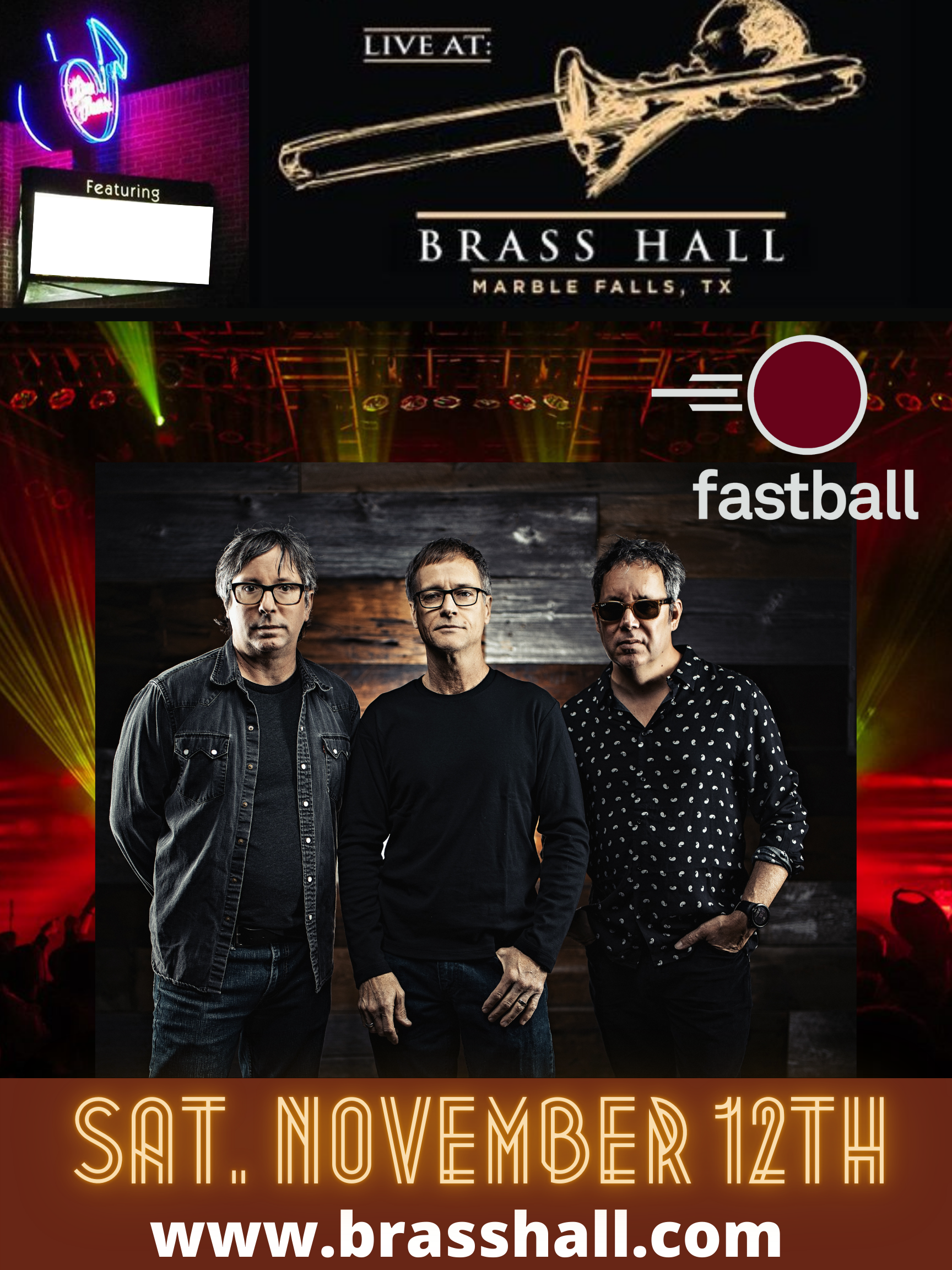 Straight out of the Texas music heartland where they’ve sold who knows how much Lone Star and Shiner while holding court on the stage of the Cheatham Street Warehouse in San Marcos where folks like, I don’t know, George Strait and Stevie Ray Vaughan got their start, the Shaker Hymns behind frontman and songwriter Nyles Robakiewicz want to see if they can launch their own legacy by self-releasing ten songs that put on display some serious Southern musical chops.

It’s probably best to consider the Shaker Hymns a Texas Southern Rock band to start. Envision Whiskey Myers, but maybe a little less serration in the tones, and a bit more soul and dedicated attention to songwriting. There’s not really a song on The Ties That Bind that if you pay attention to the lyrics specifically you won’t be impressed with. And some will outright tear at your heart. But how they come across keeps you on your toes for sure.

Tejano singer/accordionist Michael Salgado gained prominence in the mid-’90s by looking back to the norteño sound influenced by Ramon Ayala, and introduced the style to the younger generation. He organized his backing band — brothers Ernie and James on guitar and drums, respectively, with bass player Joe Tanguma — when he was just 19, and begin hitting the Latin music charts in 1995 with his single “Cruz de Madera.” Salgado’s 1996 album En Concierto introduced his most popular single extant, the Top 20 hit “Sin Ella.” Mi Primer Amor followed in 1997.

Get ready for the BEST GIRLS NIGHT EVER! Whether you’re celebrating a Birthday, Bachelorette Party, Divorce, Dirty Thirty or your Sheer Awesome Self; You will meet your party match with “GIRLS NIGHT OUT THE SHOW”!

Kicking off his career in 2003 with the massive hit “Right Thurr,” St. Louis rapper Chingy spent two solid years in the limelight, releasing two platinum-selling albums while becoming a household name thanks to some television appearances and movie roles. Born Howard Bailey, Jr. on March 9, 1980, he began writing rhymes at the age of 10 and began rapping under the name of “H Thugs” during his teen years. Renamed Chingy after a slang term for a looking wealthy, he signed with Fo-Reel Entertainment, an artist management firm with local heroes Nelly and St. Lunatics on the roster. While on tour with Nelly in 2002, he met rapper and Disturbing Tha Peace labelhead Ludacris. He would sign to DTP in 2003 and release “Right Thurr” on the label that same year. With Chingy’s slow drawl and laid-back swagger, the track became the anthem for hot summer nights, peaking at number two on Billboard’s Hot 100 while topping the magazine’s Hot Rap Tracks chart. Released in July, his debut album Jackpot spawned two additional Top Five hits, “Holidae In” with Ludacris and Snoop Dogg, plus “One Call Away” with J/Weav. A monetary dispute between the rapper and DTP would result in a supposed “beef” with Ludacris — Luda issued some terse words through a press release while Chingy claimed there was no animosity — and would end with the formation of Chingy’s own Capitol imprint Slot-A-Lot. Featuring the singles “Balla Baby” and “Don’t Worry,” the platinum-selling Powerballin’ would become his first album for the label in 2004. The year 2005 found him appearing on television’s Punk’d plus The George Lopez show and a year later he would land a role in Scary Movie 4.

His 2006 single, “Pullin’ Me Back,” would find him back on top on the Hot Rap Tracks chart and help Hoodstar debut at number eight on the album charts, but the follow-up single “Dem Jeans” fared worse although the album did go gold. Unhappy with the way he felt Capitol was promoting their urban artists, Chingy jumped ship and went back to DTP which was by-then a part of the Def Jam family. Hate It or Love It would arrive on the label in 2007 but its debut at number 84 on the album chart would also become its highest position.

This is a body slamming activity… MIDGET STYLE!!!

Wrestling will shock and delight you!

We are the baddest little show on earth! Don’t miss this epic event!!!

PALMER ANTHONY
A kid from the West, Palmer grew up playing baseball, football and basketball and spent his summers pouring concrete. At the age of 14 he picked up the guitar and began self-teaching himself country songs he had heard around the house from his dad’s cassette player; however only to a recreational degree.

Upon graduating high school he entered college at the University of California, Santa Barbara to play baseball and there, in the bustling beach community, began to find comfort again in the genre of Country Music; as it reminded him of home.

Palmer began writing his own lyrics in his first year of college and soon fell in love with the craft of songwriting. So much so that after a solo trip to Lubbock, TX and soon after to Nashville, TN in his second year of college, he decided that’s what he wanted to do.

After graduating in two and a half years, Palmer packed his bags in April of 2017 without knowing a soul in town, and headed back to Fort Worth to try his hand at the Country Music industry.

Since then Palmer has been produced by the likes of three-time Grammy Award winning producer Jacquire King (Kings of Leon, Niall Horan, Shawn Mendes etc.) and Scott Faris (Flatland Cavalry, Randall King). He’s been selected as a “Fresh Find” by Texas Music Pickers, has played festivals, clubs, dive bars, and opened for acts such as the Kolby Cooper, Pecos & the Rooftops and Josh Ward.

His singles have amassed over 1 million streams and his debut album set to be released in Spring of 2022, mixes his roots of traditional Texas style instrumentation and lyricism with a modern flare.

KELLER COX
Raised on 2000’s country music, Keller Cox would not discover “Texas Country” music until he enrolled for school at Texas A&M University. After becoming a regular at “Hurricane Harry’s,” the famous Brazos Valley dancehall, Keller knew that he wanted to pursue a career in writing and singing Texas Country music. During the global pandemic, Keller connected with producer, Corby Schaub, who would produce Keller’s “Introduction” E.P., his “Makin’ It By” L.P., and two surprise singles Keller is currently releasing. Keller has always made it his goal to write his songs about how life was, is, and ought to be. This past spring, Keller graduated from Texas A&M University with a degree in Construction Science, and he plans to tour Texas and surrounding states this fall. All that to say, in the words of Keller himself, “Here goes something.”

Formed in 1994 in Austin, Texas, Fastball combined a fondness for melodic, Beatles-inspired pop with the alternative aesthetic of late-’90s mainstream rock. Guitarist/vocalist Miles Zuniga, bassist/vocalist Tony Scalzo, and drummer Joey Shuffield — all veterans of Austin’s underground rock scene — originally banded together under the name Magneto U.S.A. After signing with Hollywood Records, the musicians changed their name to Fastball and released their debut album, Make Your Mama Proud, in 1996. The album demonstrated the band’s synthesis of modern flavor and bygone pop hooks, a combination that would later launch Fastball into the mainstream.

The follow-up effort, All the Pain Money Can Buy, appeared in early 1998, featuring a considerably tighter band and more pop flourishes. Although the bandmates were still working side jobs at the time of its release, lead-off single “The Way” proved to be a meteoric hit, topping the American rock charts for seven weeks while enjoying crossover success as a pop single. “Fire Escape” and the piano-fueled “Out of My Head” did similarly well, and All the Pain Money Can Buy went platinum within six months of its release, earning two Grammy nominations along the way. Fastball celebrated their success with a considerable amount of touring, including shows alongside Marcy Playground and Everclear.

The Harsh Light of Day arrived in fall 2000, featuring piano work by Billy Preston and an increasingly arty sound, including the Top 40 hit “You’re an Ocean.” Fastball eventually left the Hollywood roster in favor of a new deal with Rykodisc. A retrospective compilation, Painting the Corners: The Best of Fastball, marked the band’s final release for Hollywood Records in 2002. Two years later, they resurfaced with Keep Your Wig On, having fully embraced their power pop roots with the help of co-producer Adam Schlesinger. The album strengthened Fastball’s work ethic, with frontmen Zuniga and Scalzo writing together for the first time. That collaborative spirit helped fuel another album, Little White Lies, which appeared in 2009 to warm reviews.

After several years of focusing on live work, Fastball returned to the studio in 2015, recording in their hometown of Austin. The project emerged in May 2017, a self-released album titled Step into Light, and the band supported it with an extensive tour of the United States and Canada. The following year, Fastball celebrated the 20th anniversary of All the Pain Money Can Buy with an expanded edition of the 1998 album; they accompanied the reissue with a hometown concert in Austin, Texas. 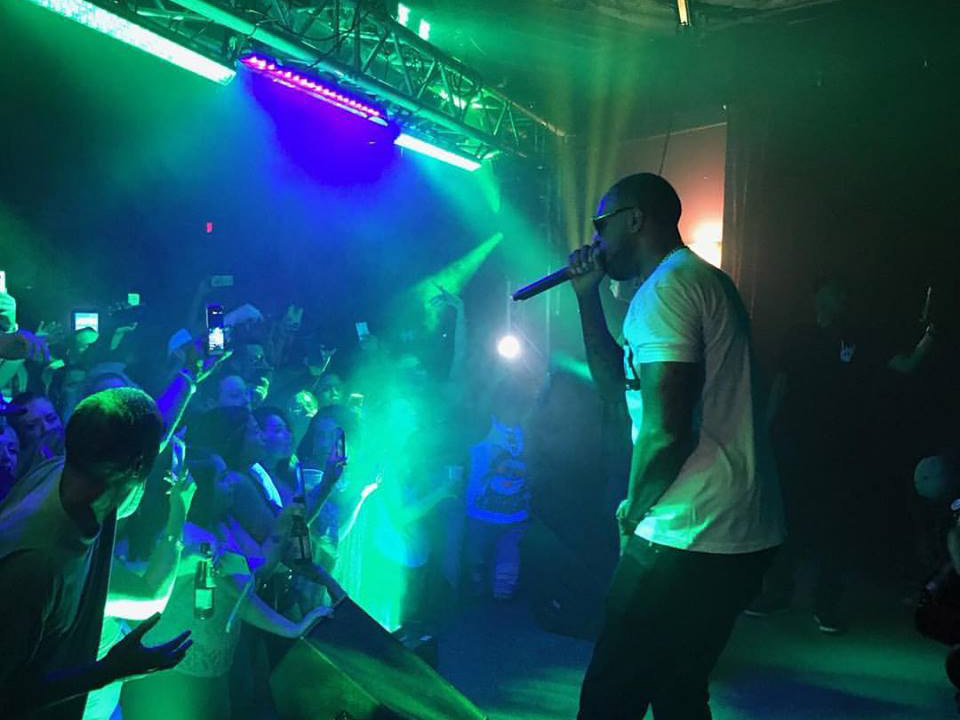 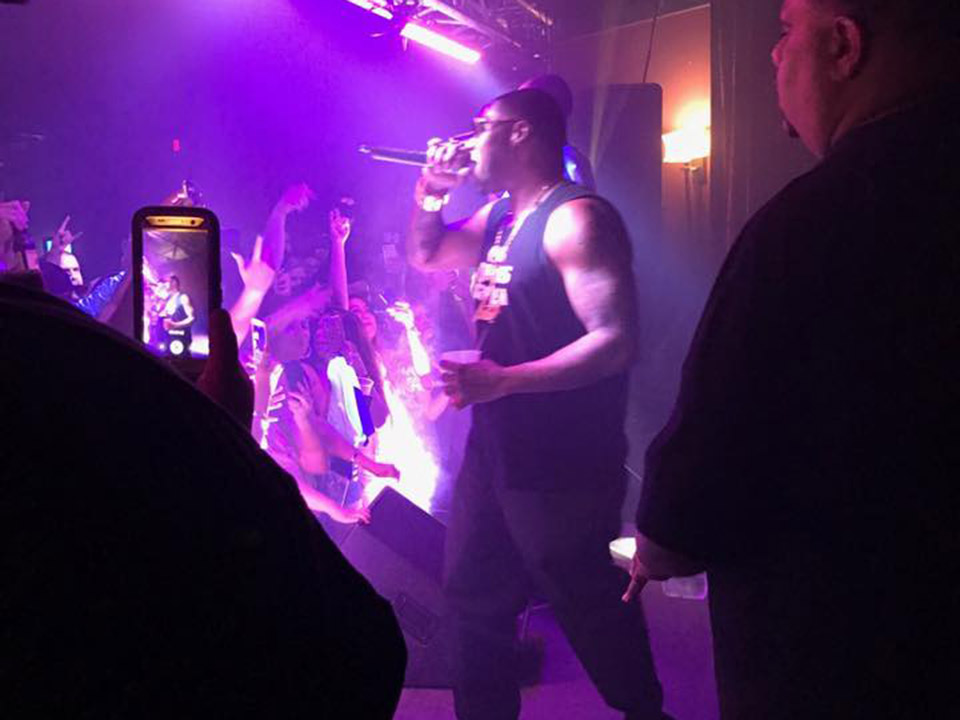 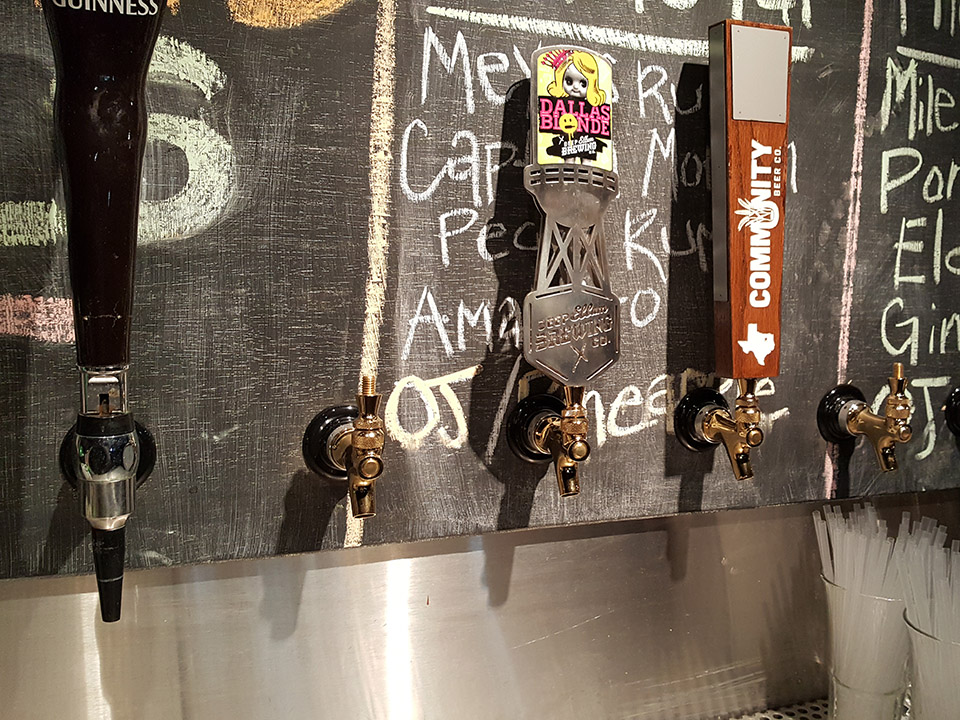 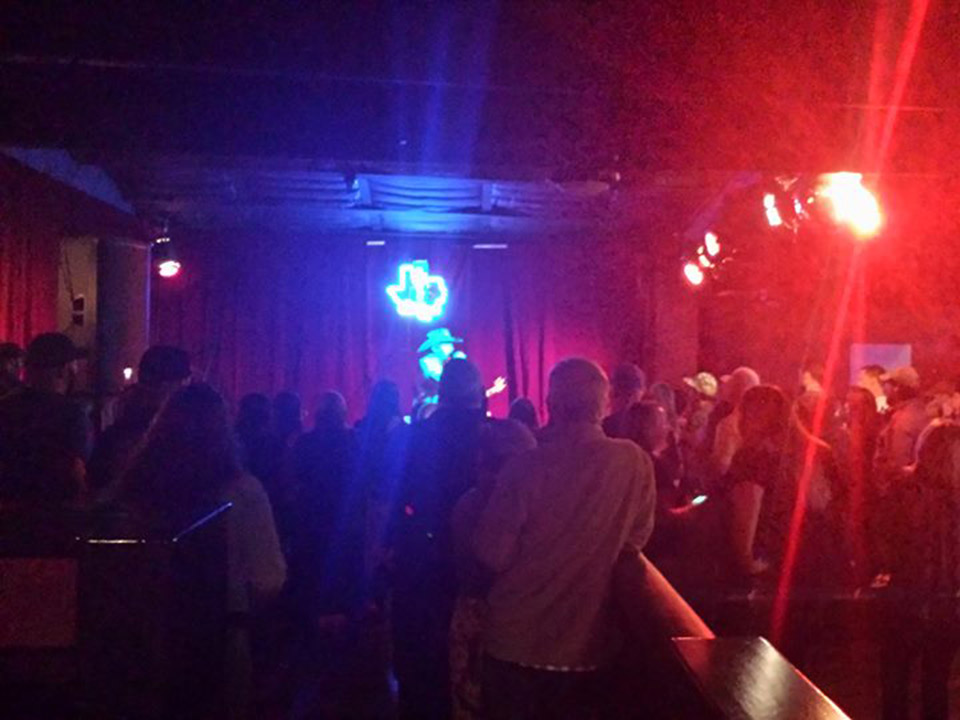 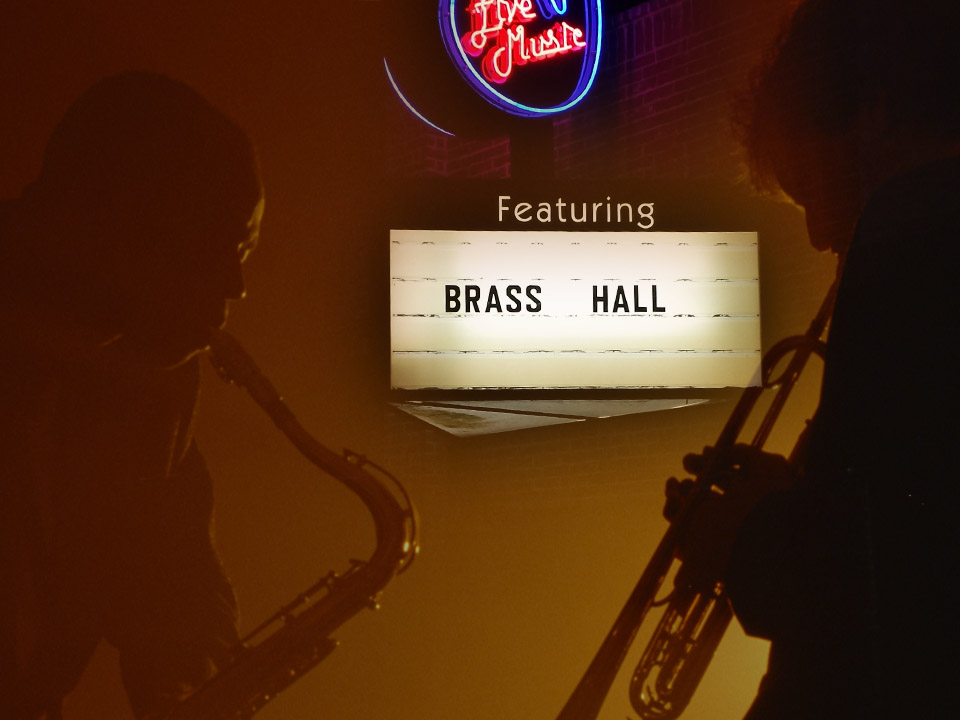 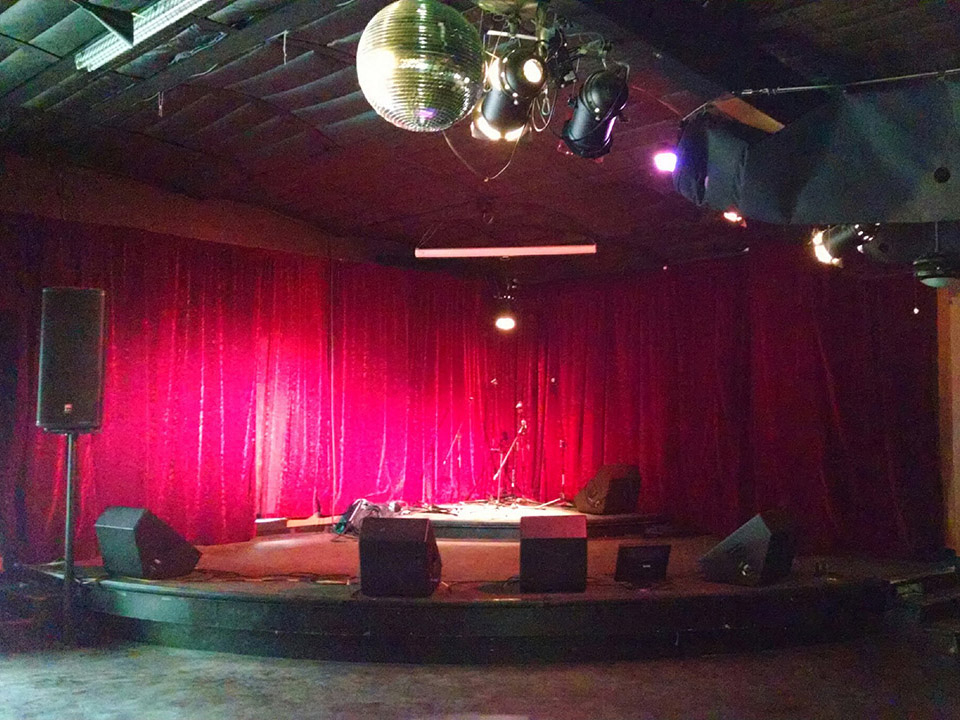 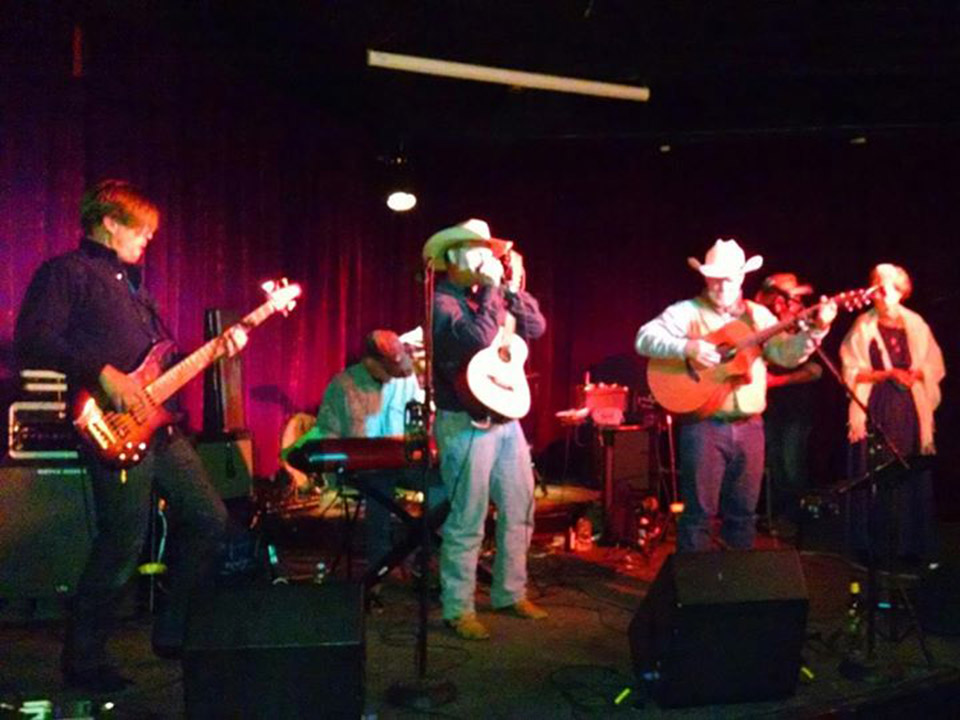 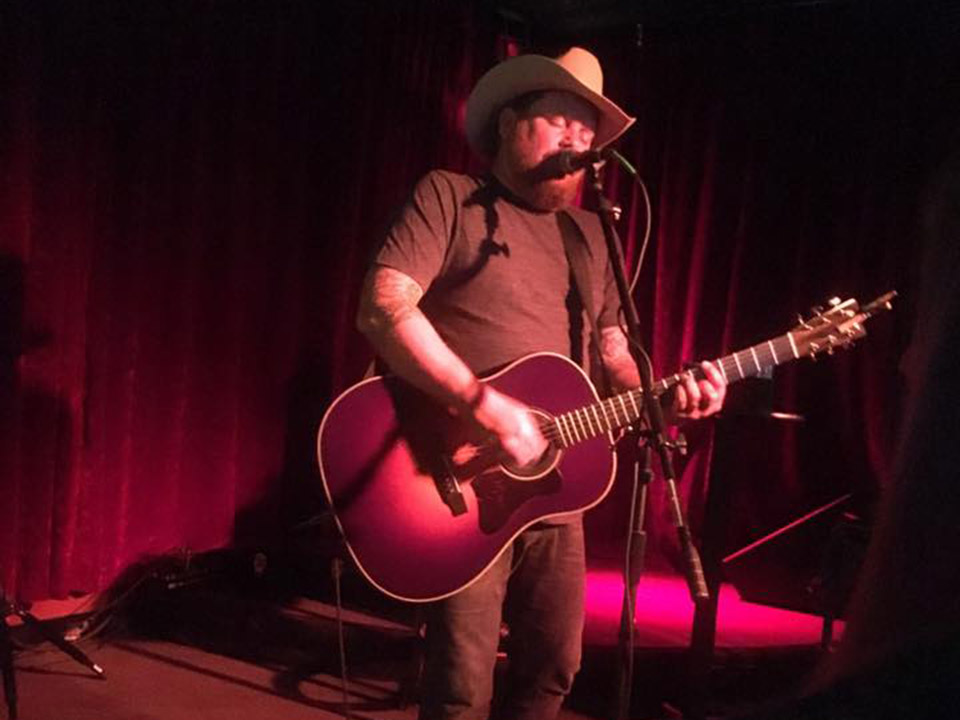 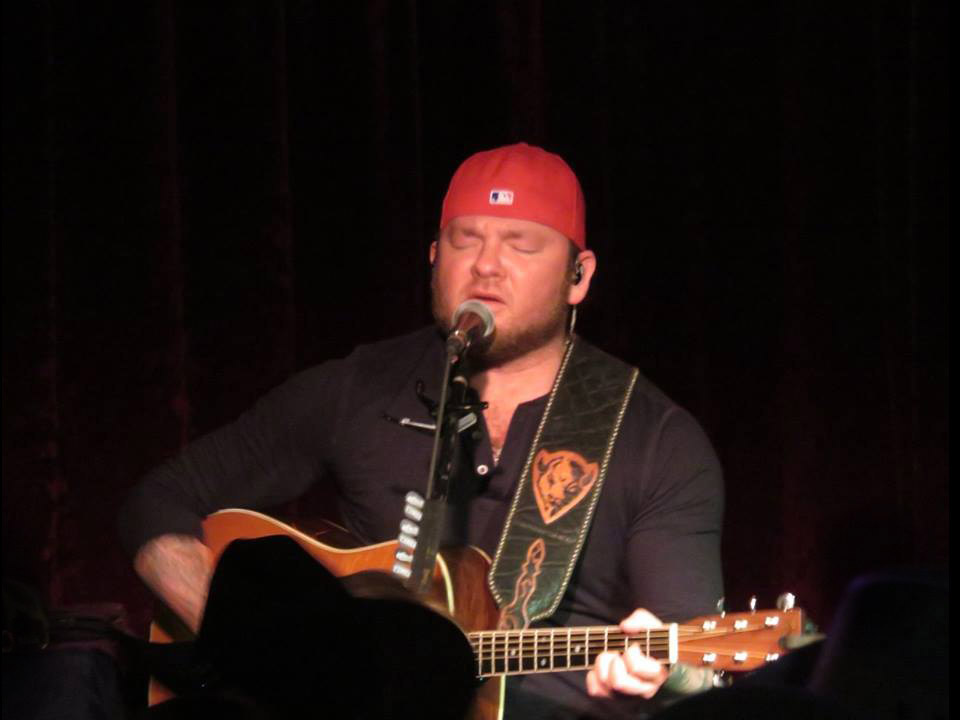